So, you want to watch a video in Youtube. You open your Google Chrome browser, heads over to Youtube, searches for the video and starts playing it… well not yet. Because you are greeted with the errors ‘Couldn’t load plug-in’, and ‘Could not load Shockwave Flash’ as seen below. Frustrating, it is. So, now what? You can try re-installing the browser, but that won’t fix the error. You will continue to get the same message. 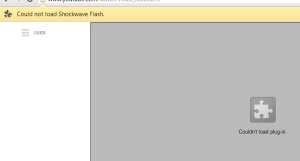 Let’s see how we can fix this very easily. Yes, its very easy!

Before we start, there are two directions you can take – both will take you to the same location. I will describe both here, so you can decide which fits you better, or helps you to follow better. 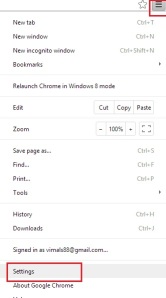 2. A new tab will open up. Scroll down and click on Show Advanced Settings. 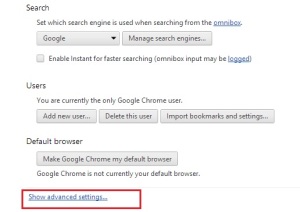 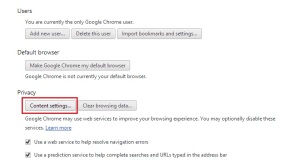 4. The Content Settings dialog box shows up. Scroll down and find Plug-ins. Click on the hyperlink ‘Disable individual plug-ins. 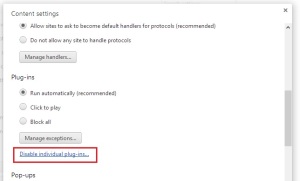 5. Another tab comes up with the list of installed plug-ins.

Wait here for a second as I’m going to show you how to reach the same tab directly without all the above long steps.

1. Simply open a new tab and type the following in the address bar. chrome://plugins/.

Ok, so now we are here at the plug-ins tab, lets see who is the one causing the plug-in error which prevented us from watching videos in Chrome. The error did mention ‘Shockwave Flash’. So find the plug-in Adobe Flash Player – Shockwave Flash. You would find two versions of the same plug-in installed/enabled. But you need just one! Yes, only one is fine.

Click on Details to see more options for the plug-in. Now you see both the versions with a Disable option attached to each one.

Disable the one version that points to C:\Users\.. and keep the version pointing to the C:\Windows\.. enabled (As shown below). 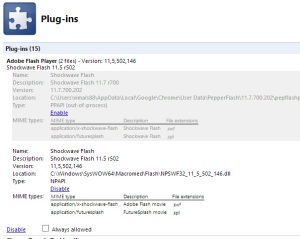 Hope this helped you to save yourself the time to install another browser. Share your thoughts below.

This site uses Akismet to reduce spam. Learn how your comment data is processed.