It seems that many of you have the issue in moving the photos from the Mobile uploads album to any other album. Well, you can still do it, but with an additional step.

2. You will see all the photos there. On the top-right corner, there is an option to ‘Edit’. Click Edit.

3. Now, you are in the same page as the other edit albums window. Proceed and hover the mouse over the image and you must find the option to move the photo this time.

Here we go. It’s been quite some time since I last posted a tech tip in the blog. So here I am, back again with another small tip which could be really helpful for many of you, just like me until I figured out how to do it! This tip is on Facebook, and its photo management. We all have taken pics and uploaded them from time to time in Facebook, but there would be times when we got caught up thinking like we could’ve posted a particular photo into a different album rather than the one its already in. Well, there was a easy to understand way out of it in the ‘older’ version of Facebook. But as they made all the cosmetic changes to the layouts and designs and appearances of many different things including the introduction of Timeline, things got more complicated. So, now if you need to move that particular photo out and place it in another album, its going to be difficult.

Now, no one would want to delete the photo and then re-upload it, especially if it has received any likes or comments. So, whats the way out? You want to move a photo from album which you feel is not the right place for it to be in, and to put it into another one, without the loss of any likes or comments it received, and without having to go through the delete-re upload process. Here are the steps to fix this in the new Facebook layout.

1. Goto your profile page, and click on Photos to open up your gallery of albums. Select the album which contains the photo that need to be moved.

2. You will be able to see a thumbnail view of all the photos in the album. Click on Edit Album at the top of the screen.

3. An edit window will appear with all the photos ready to be edited with the descriptions, date, place or tags. Hover the mouse over the photo which you want to move.

4. On the top right side of the photo, you will see a small down arrow, which when clicked will give you a drop-down menu.

5. One of the options in it will be to Move to other album. Click on it and another small drop-down menu with the list of all other albums will show up. Select the album to which you want to move the photo to. Once you select Move Photo, the process gets completed. 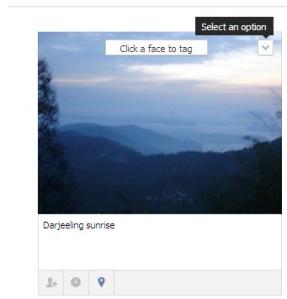 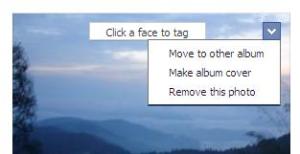 6. Now check the second album and all the moved photos should appear there.

That’s it! If you are still facing the problem, and haven’t been able to follow these steps, let me know.!

This site uses Akismet to reduce spam. Learn how your comment data is processed.